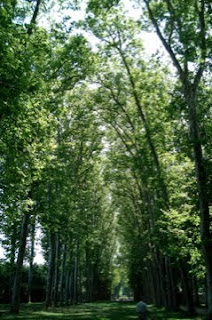 The restoration of Sayes Court Garden has proved to be an international success. 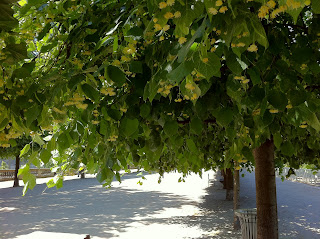 since it had been decided that it made no sense whatsoever to provide a primary school on site when there was an empty one at Charlotte Turner Gardens a few minutes away, sheltered accommodation has been provided surrounding the restored garden. This means of course that the elderly people spend time outdoors and act as guardians for the garden at the same time. Many of them are also involved in maintenance and planting which adds to their quality of life.

But it isn't just the elderly who benefit, the garden provides training and jobs for local youth who often stay around even after the working day is over. 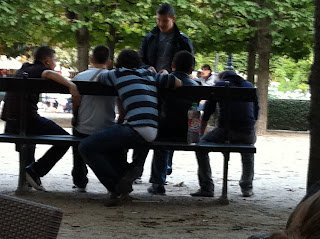 Some of the young trainees add touches of their own to John Evelyn's original plan that are highly regarded in the world of garden design. 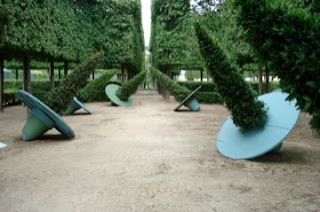 The garden offers so much beyond a place to be. It's a source of learning as well. Evelyn had collected and planted many specimen trees. 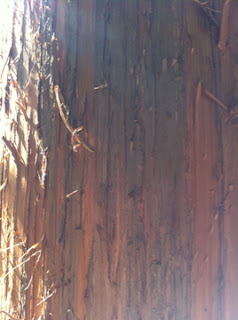 that prove to delight so many people interested in their origins. 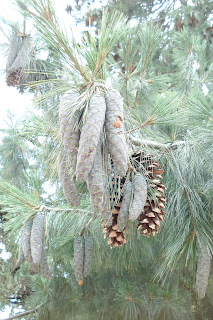 As the garden had been laid out in the 17th century, 19th century, again in the 20th century and after the restoration in the 21st century, with contemporary additions, this means that Deptford is able to boast four centuries of English landscape gardening which excited the heritage agencies who poured money into such a unique project which in turn attracts visitors from all over the world, as many visitors as there are leaves on a tree, 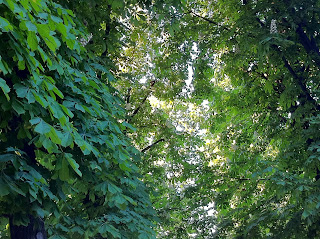 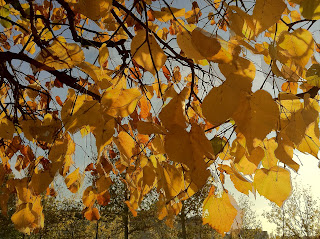 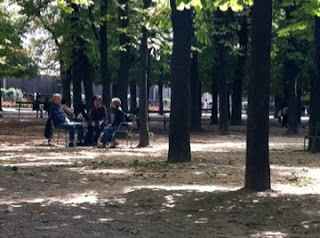 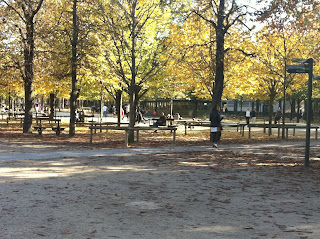 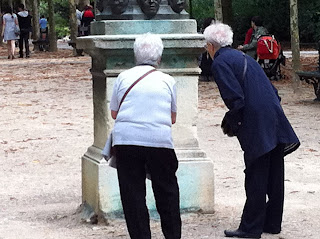 Visitors are also impressed by the sunken garden in the site of the basin. Whatever the weather it's a popular place to meet and spend time. 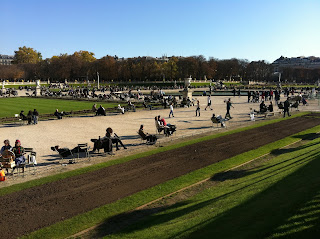 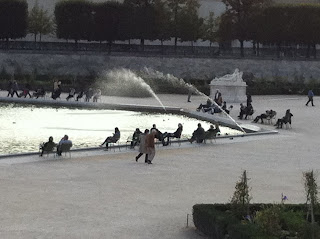 The residents though seem to prefer the smaller more intimate garden in the old mast dock. 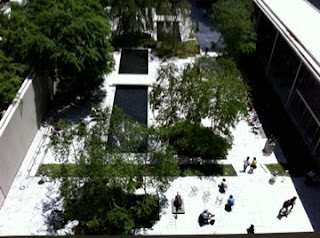 Of course, it's not surprising that so many visitors come to Deptford now, something that at one time was almost unimaginable for some people. It took a while to convince people of the benefits but it soon became clear that there were once in a lifetime opportunities not to be missed and the powers that be soon came to realise the economic benefits for the area, the health, employment and training opportunities that could be derived from a development that focused on the intrinsic historic character of the place.
But Deptford was never going to be a place where the magnificent history alone dominated the scene, the whole purpose of starting from the historical fabric was in order to generate world class places for the future, somewhere that locals, Lewisham borough and London as a whole could be proud of. The Seven Bridges across the historic openings in the river wall have certainly done that. People come from all over the world now, especially from Australia, New Zealand, America and Canada to acknowledge the origin of their ancestors. 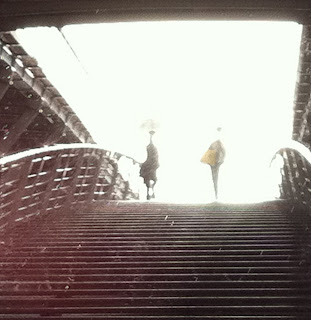 They do this by placing padlocks on the bridges. 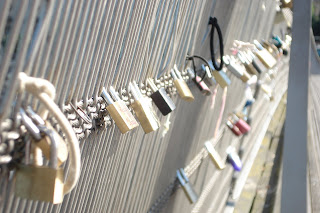 They tend to do this on the bridge that was sponsored by their nation to recognise and celebrate the historic links with Deptford. 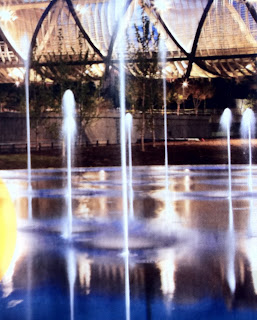 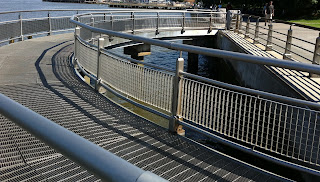 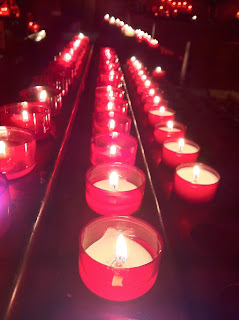 Finally i just wanted to mention the success of the opening of the dry dock. Doesn't it look fantastic. There were so many opportunities for green spaces elsewhere in the site, that it really made no sense to lose the chance to repair whatever was necessary and open the dry dock. There had been a dry dock in the same place since at least 1517 so it was pretty significant for the whole of London that this was effectively demonstrated. Thank goodness the little landscaped area first proposed was shelved in favour of a much mor e dynamic solution.

The dock is protected for most of the year by an ephemeral structure that echoes the original dry dock cover. Now the dock can be used for all kinds of events throughout the year. An ice-skating rink is installed in the winter from Nov to Feb, there are two periods of art installations one in the spring from March to May which is the international event, we've had Richard Serra and Jeff Koons recently and another in September and October that is a showcase for local artists. During the summer the dock is used as a performance space for National Youth Theatre and visiting international companies. Last year there was an incredible performance of a Japanese Romeo and Juliet. 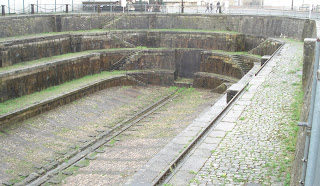 Let's just go to the floating cafe in the 18th century mast dock,

its where the Lenox is now moored that has just returned from a visit to the royal dockyards in Malta, Bermuda and Antigua.

Coming back to the present, if you want to see some of these opportunities realised then please visit www.deptfordis.org.uk and consider signing the petition for a richer future for Deptford's history and Kiss the Past Hello.......
Posted by shipwright's palace at 06:35