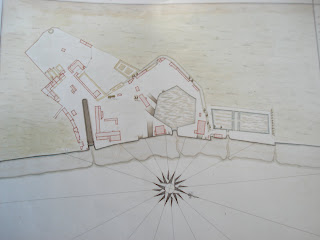 The dockyard, like a medieval walled city, with its houses, workshops, docks, slips and basin was laid out in the Tudor Period. This Tudor layout is till extant. The streets, roads and ways through the yard will still be present in some form, such as the perpendicular access alongside the docks and slipways and the routes around the basin. Many of the routes of access through the yard have been in existence and use for five hundred years. As many of the buildings and the positions of the major industrial installations such as docks survived from the Tudor period of the yard until the mid 1950's, the early Tudor layout of the routes, roads and railways continued to remain in use. 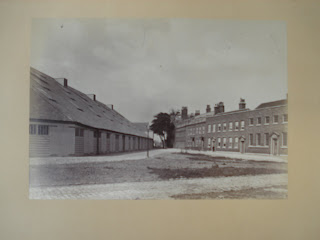 These routes are as much a characteristic feature of the yard as the dockyard structures themselves. Indeed, they are structures. In 1860 Monsieur Chevallier remarked on and recorded in drawings the granite longitudinal paved roads within Portsmouth yard. He also remarked on and recorded in drawings the early railtracks. The ways through the site at Deptford were fashioned in an identical manner to those in Portsmouth and are shown here in photographs from the 1950's. The tracks that are still present in Portsmouth and railways at Chatham have recently been restored, contributing to the overall historic landscape. 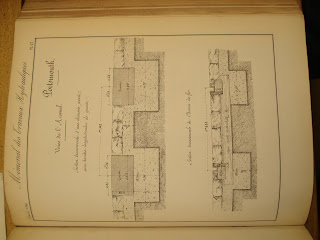 Some of the roads at Deptford have evolved from their Tudor origins and were re-made at the end of the nineteenth century during the tenure of the Foreign Cattle Market. These roads express the evolution of the site. The granite cobbled streets at Deptford yard are currently being unearthed during archaeological excavations. 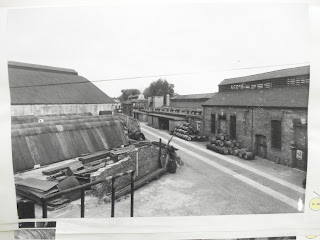 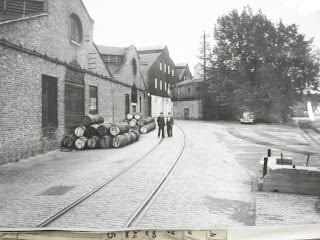 Current policy highlights the need to preserve and maximise such early characteristics of heritage sites such as these routes, especially where they constitute "spaces between" and contribute to more recognisable assets. 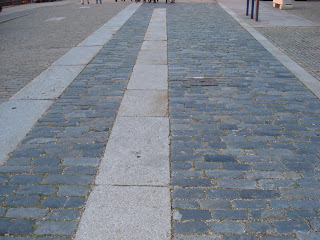 These routes are significant components of the historic environment and the opportunity is there to ensure that their contribution is fully expressed in the new development. It is the responsibilty of English Heritage and of Lewisham Planning to ensure that Deptford is not excluded from the benefits of publicly funded heritage policy.
Posted by shipwright's palace at 08:13